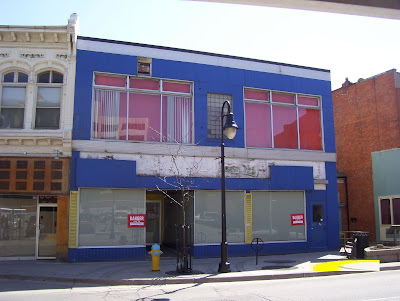 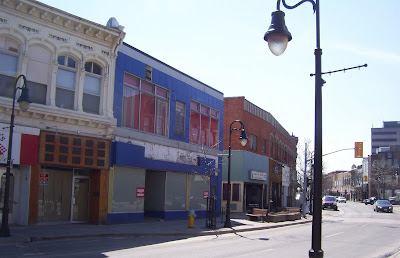 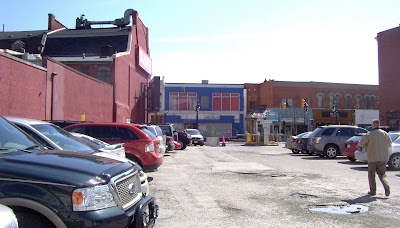 Above: View from across St. Paul St. (it's as if the vehicle at the left hadn't moved!)
****
Above: View from the rear of the property: the first Welland Canal once ran here in the lowel level. The danger sign warns of asbestos on the site.
****

****
Below: Advertising signs painted on the brick walls of the two neighboring buildings were revealed as #136 was demolished. These relics, hidden from another age, probably last saw sunlight a hundred years ago. Below is the wall of the building which was to the right of #136.
Below: the next four photos show the ads painted on the brick wall of the building to the left of #136.


Below: there was more writing further below almost at the bottom of photo. The best I could make of it was "...& of all kinds of mill...". Note the interesting archway seen in the brick wall - was the neighbouring building built on an arch, and was it once open below? 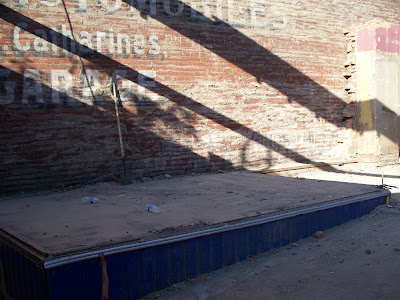 ****
Below: A scene not seen for probably a hundred years - that is, looking from St. Paul St., through where the demolished building used to stand, right out to the valley behind. 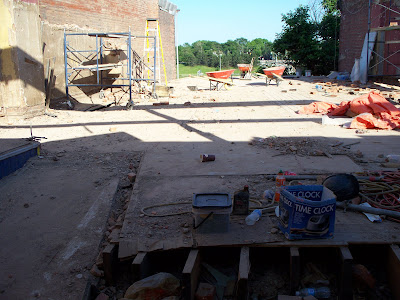 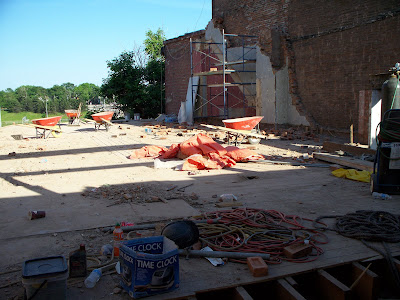 Above: closer view from the rear lower level. 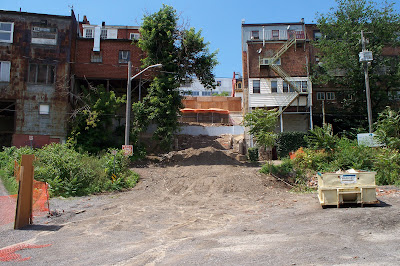 Above: the building has been demolished, now a bit of a facade from a building on St. Paul St. can be seen peeking through the new opening, and the grey slab of the Corbloc building can be seen further back. Taken July 25, 2008 by R. Bobak.
Posted by R.Bobak at 8:27 PM

Labels: St. Catharines Then and Now